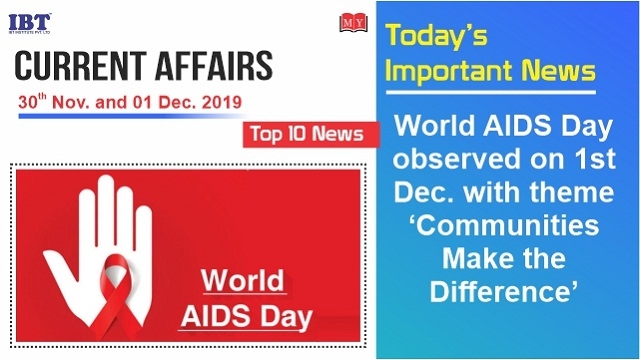 2. World AIDS Day observed on December 1 with its theme as ‘Communities Make the Difference’

3. Former RBI deputy governor H R Khan appointed as the first chairman of the panel on the CRL in micro-credit