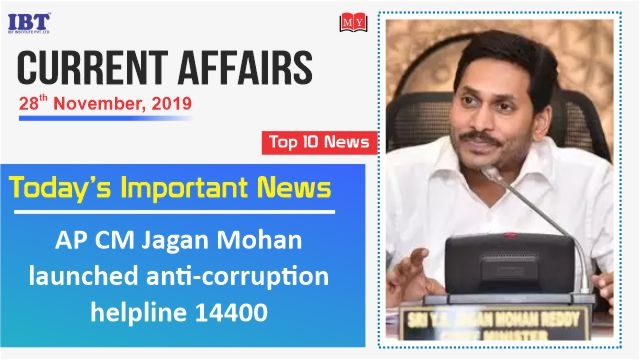 4. Uddhav Thackeray, first of his clan, takes oath as chief minister of Maharashtra

5. Amur Swaminathan Lakshminarayanan appointed as the MD and CEO of TATA Communications