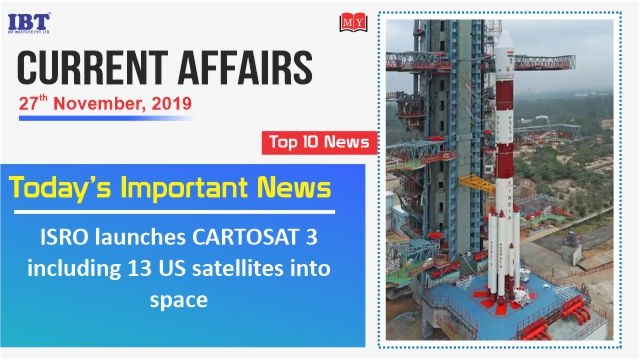 1. China overtakes US in number of diplomatic missions

2. ISRO launches CARTOSAT 3 including 13 US satellites into space

6. UP’s 1st vulture conservation center to be built in Maharajganj

8. NDTV gets IPI award for excellence in journalism for 'Kathua case expose'