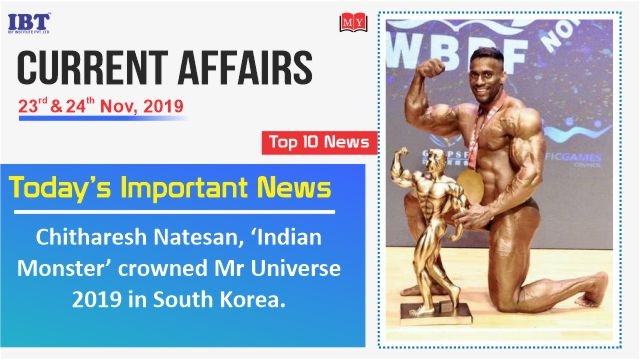 1. Madhya Pradesh govt to give 5% reservation to sportspersons in Govt. jobs

4. Oxford Dictionary names ‘Climate Emergency’ its 2019 Word of the Year