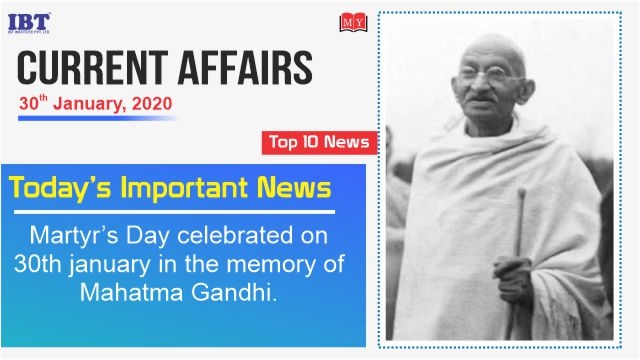 2. Martyr’s Day is celebrated on 30 January.

Foot Notes:
23 March: Day to remember the deaths of Bhagat Singh, Sukhdev Thapar, and Shivaram Rajguru.
21 October: Police Martyrs Day. This day marks the ambush of a Central Reserve Police Force (CRPF) patrol party at the Indo-Tibetan border in Ladakh by the Chinese forces.
17 November: The death anniversary of Lala Lajpat Rai.
19 November: It celebrates the birthday of Rani Lakshmibai and honours those who gave their lives in the rebellion of 1857.