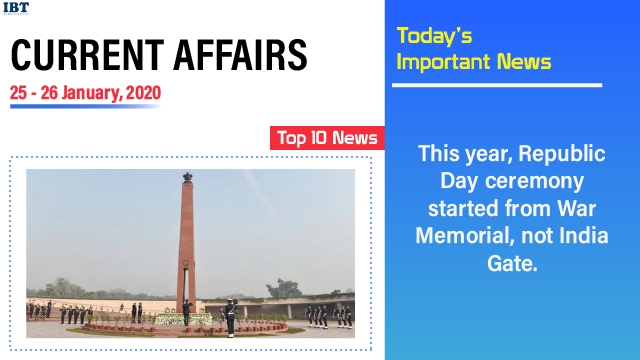 4. This year, Republic Day ceremony was started from War Memorial, not India Gate.

8. Scholars from India and Russia participate in the first Ganga-Volga Dialogue of Civilizations held in New Delhi.

10. India took over the chairmanship of FEMBoSA from Bangladesh.