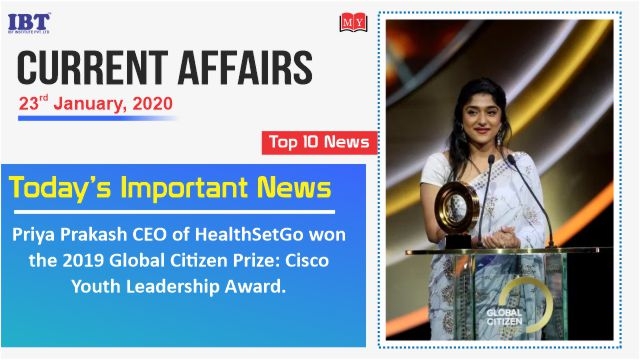 1. France to train Indian flight surgeons for the Gaganyaan mission.

2. Jharia most polluted place in India in 2018, Greenpeace report.

3. Government of Maharashtra makes the reading of Preamble mandatory in Maharashtra schools.

4. Challa Sreenivasulu Setty appointed as the MD of SBI.

8. Cabinet gives approval to EC to enter into MoU with Election Commissions of Tunisia and Papua New Guinea.