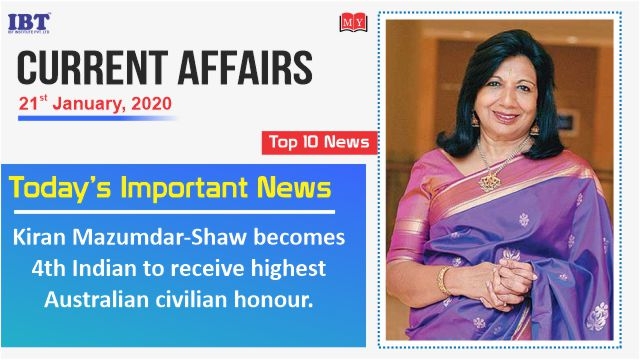 8. For the 1st time, Govt to collect data including families headed by transgenders for census 2021.

9. Ashish Garg elected President of the Institute of Company Secretaries of India (ICSI).