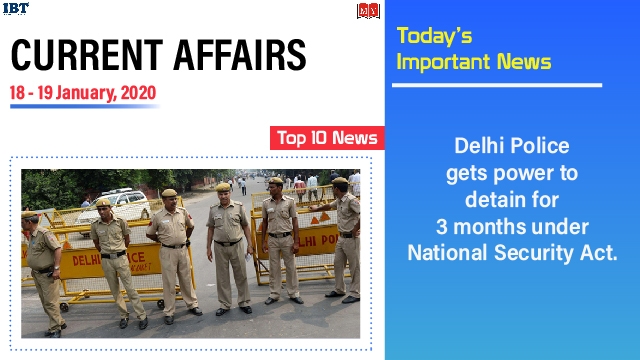 1. Brazil’s new US$100 million Antarctic base, built by China.

2. State of Art Tejas express train between Mumbai-Ahmedabad flagged off.

7. Exim Bank to raise up to $3 billion from overseas borrowings in FY21.

10. Delhi Police gets power to detain for 3 months under National Security Act.