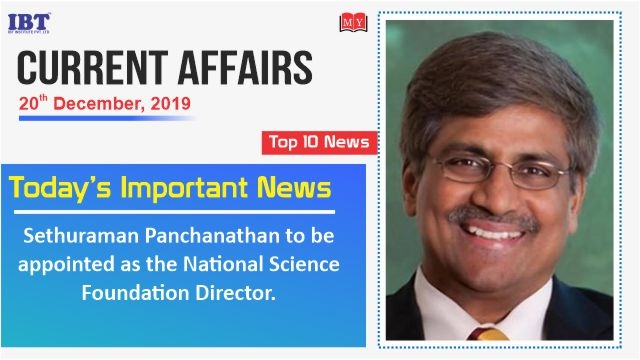 3. Sethuraman Panchanathan to be appointed as the National Science Foundation Director.

6. Railways Ministry signs MoU with University of Birmingham for establishing Centre of Excellence.