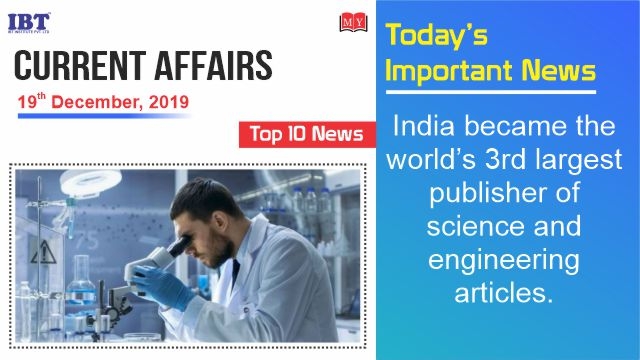 3. President Trump will be the third president in U.S. history to be impeached.

6. Centre to set up the first-ever Special Economic Zone (SEZ) in Tripura.

8. The Chief of Naval Forces Admiral Karabir Singh is to visit Sri Lanka between December 19 and December 22, 2019.