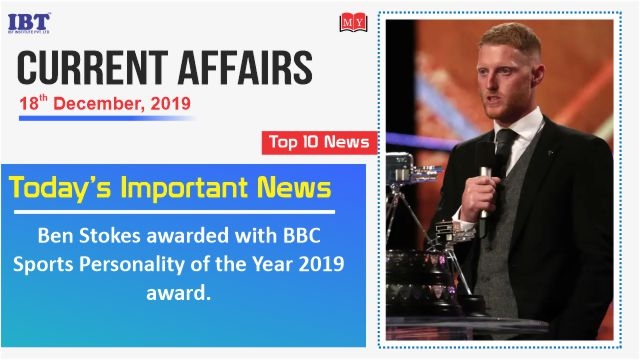 7. Ben Stokes awarded with Sports Personality of the Year 2019 award.