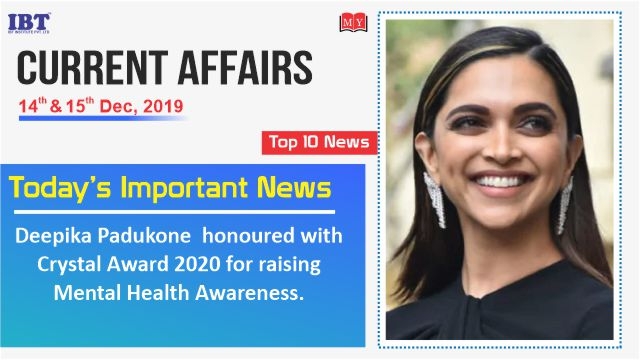 3. Maldives signs contract with joint venture of Indian companies for development of Addu.

5. TV Somanathan appointed as Expenditure Secretary in the Finance Ministry.

6. India to host the 36th International Geological Congress (IGC) in 2020, in New Delhi.

Winners of 26th Annual Crystal Award 2020 are as follows: