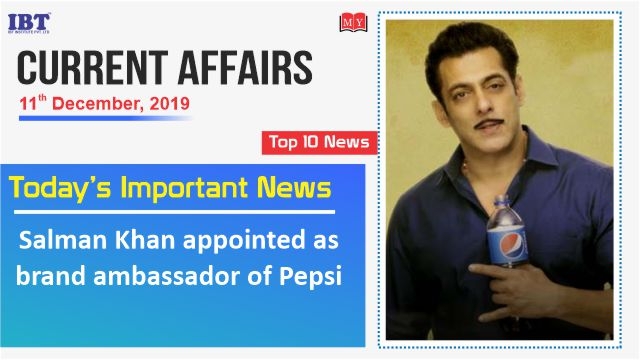 3. The youngest ever Time’s Person of the Year : Greta Thunberg, the teen climate activist

10. Vakrangee joins hands with Union Bank of India (UBI) for 20,000 Banking BC Points