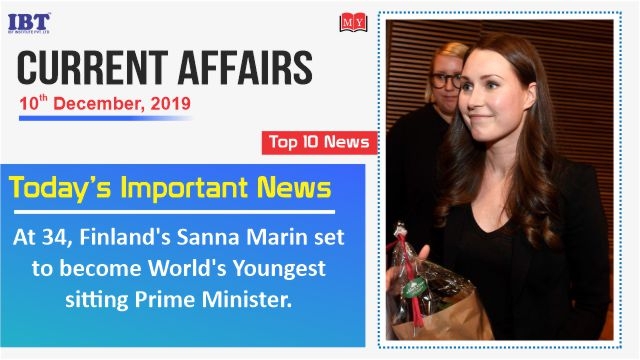 3. Russia banned for four years including 2020 Olympics and 2022 World Cup

9. National Energy Conservation Week is being celebrated all over India from December 14 to December 20.