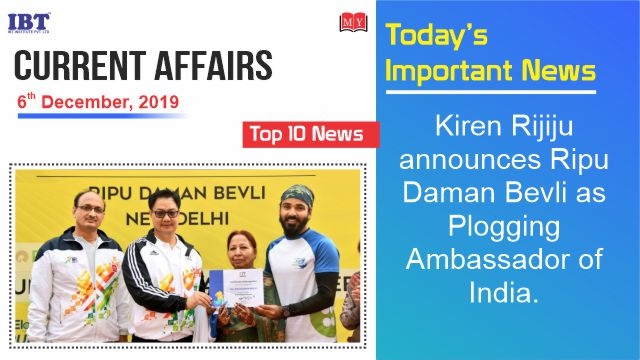 1. India Water Impact Summit-2019 to be held from 5th-7th December in New Delhi.

3. CSIR and BHEL join hands for commercialization of indigenous technologies.

(i) The licensing window will be open on-tap;
(ii) minimum paid-up voting equity capital / net worth requirement shall be Rs 200 crore;
(iii) for Primary (Urban) Co-operative Banks (UCBs), desirous of voluntarily transiting into Small Finance Banks (SFBs) initial requirement of net worth shall be at Rs 100 crore, which will have to be increased to Rs 200 crore within five years from the date of commencement of business. Incidentally, the net-worth of all SFBs currently in operation is in excess of Rs 200 crore;
(iv) SFBs will be given scheduled bank status immediately upon commencement of operations;
(v) SFBs will have general permission to open banking outlets from the date of commencement of operations;
(vi) Payments Banks can apply for conversion into SFB after five years of operations, if they are otherwise eligible as per these guidelines.