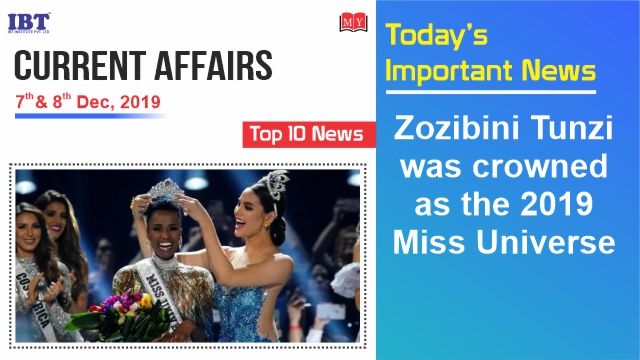 7. SC ruled that no pension will be given for govt staff who resign

10. Zozibini Tunzi was crowned as the 2019 Miss Universe