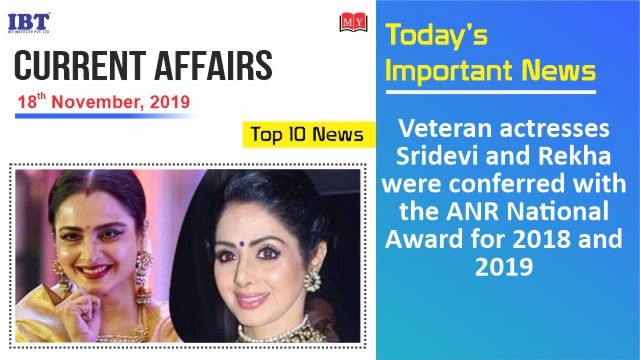 3. A three-day naval exercise, Za’ir-Al-Bahr (Roar of the Sea) is being conducted between between the Indian and Qatar Naval Forces.

4. Veteran actors Sridevi and Rekha were conferred with the ANR National Award for 2018 and 2019

10. NITI Aayog released a report on “Health Systems for a New India