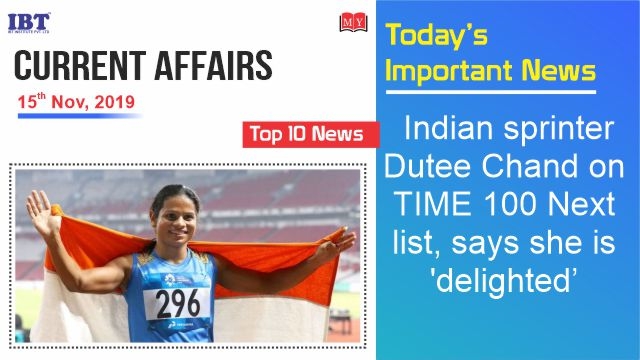 4. Indian sprinter Dutee Chand on TIME 100 Next list, says she is 'delighted'

8. European Investment Bank to stop funding oil and coal projects at the end of 2021.