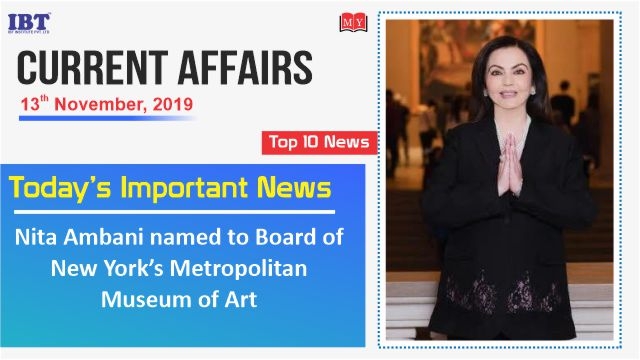 1.Maharashtra under President's rule for 3rd time in 59-year history

4. CJI under RTI Act: A rare case where Supreme Court ruled against itself

6. Nita Ambani named to Board of New York’s Metropolitan Museum of Art