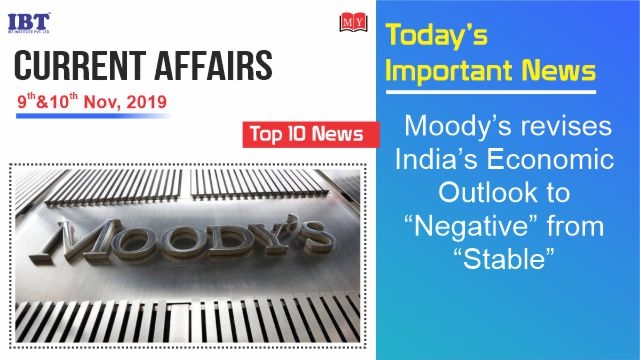 1. Indo-Russian Joint Tri-Service Exercise INDRA 2019 to be held from December 10-19

8. Legal Services Day to be observed on 9th of November