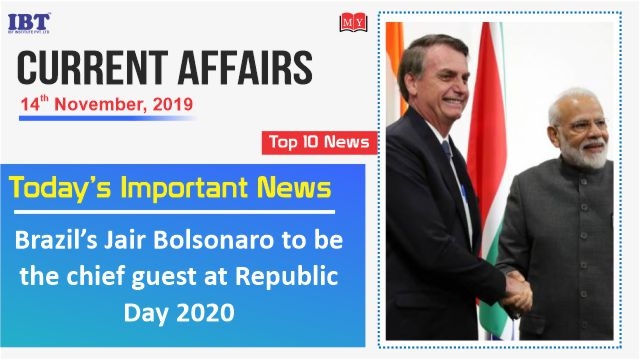 1. Brazil’s Jair Bolsonaro to be the chief guest at Republic Day 2020

4. World Diabetes Day is celebrated on 14 November across the world every year.