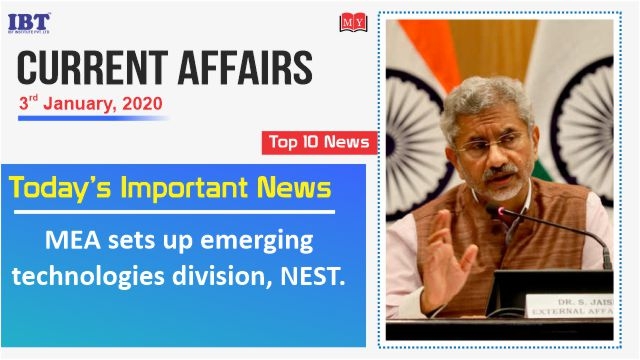 5. 28th World Book Fair to focus on Gandhi as writer, to be held in New Delhi.

10. India to set strict restrictions on non-essential imports from China.