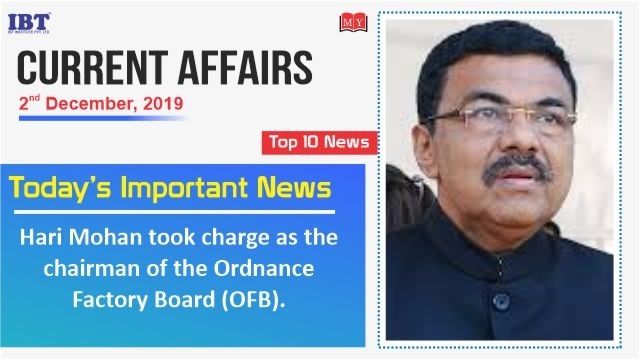 2. International Day for the Abolition of Slavery: 2 December

4. Pritivirajsing Roopun appointed as new President of Mauritius by the Parliament

5. Hari Mohan took charge as the chairman of the Ordnance Factory Board (OFB).

6. ‘The Vault of Vishnu’, by author Ashwin Sanghi, to release in January 2020