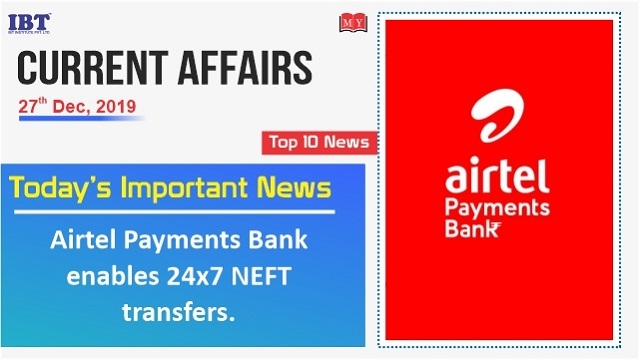 2. All new Railway recruits to be inducted through UPSC civil services exams.

Foot Notes:
About Airtel Payments Bank
It receives a payment bank license from the Reserve Bank of India and it became the first live payments bank in the country.
Headquarters: New Delhi
Founded: 2019

5. Hemant Soren to be sworn in as Jharkhand CM on 29th December.

9. China, Russia and Iran to hold naval drills in the Gulf of Oman.