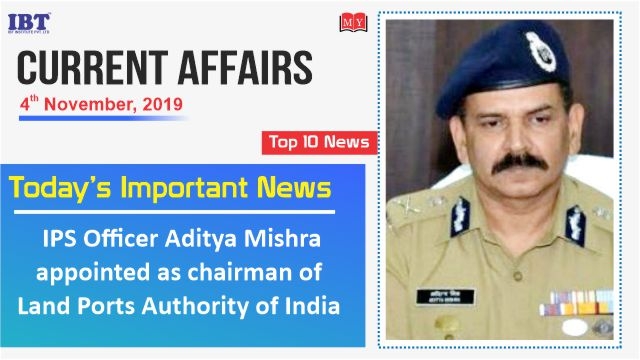 3. Madhuri Vijay has won the JCB Prize for Literature 2019 for her debut novel ‘The Far Field’.

About US
1. President: Donald Trump