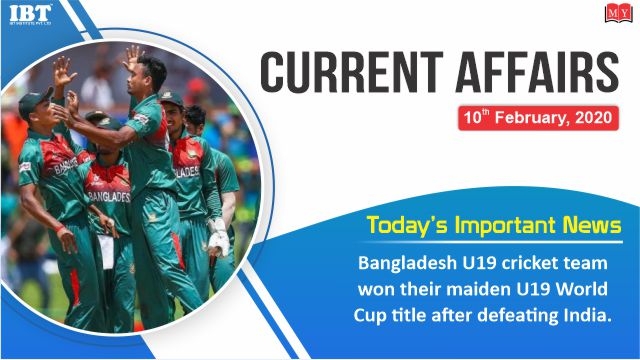 2. Mega Industrial Exhibition ‘Engiexpo 2020’ to be held in Vadodara, Gujarat.

7. C N R Nair has been appointed by Supreme Court to make inventory of ornaments at Sabarimala temple.

8. Pinelopi Koujianou has resigned from the World Bank as the chief economist.