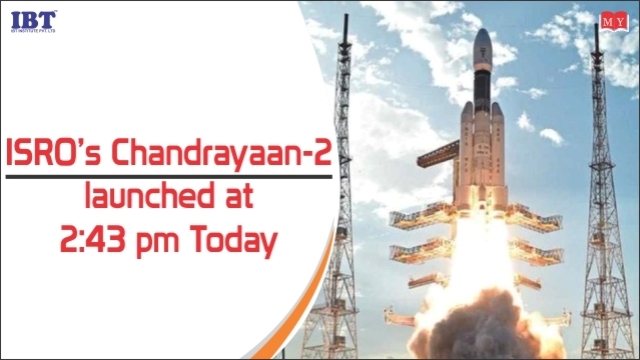 India's rocket carrying an orbiter, lander and a rover in a stepped up moon mission to uncover lunar secrets launched into space successfully from the launched on 22 July 2019 at 2:43pm.
The launch was originally scheduled for the early morning of July 15, but scientists noticed a sudden drop in pressure in a chamber filled with helium gas with about two hours to go. Unable to immediately ascertain the reason, and unwilling to take chances with the prestigious mission, they decided to abort the launch.
An expert committee was constituted to assess the problem and recommend corrective measures. On Thursday, ISRO said the committee had rectified the problem and that all systems were functioning normally. It had then announced that the spacecraft would be launched on July 22.
More to Know about Chandrayaan-2
'Baahubali', a 640-tonne rocket, is 44 metres long or as tall as a 15-storey building.