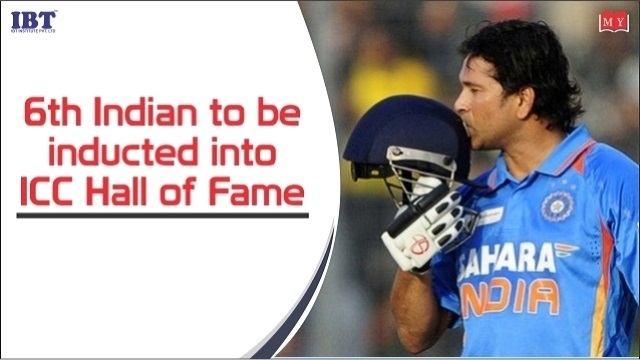 ICC Hall of Fame
It was launched by the International Cricket Council (ICC) in Dubai on 2 January 2009, in association with the Federation of International Cricketers' Associations (FICA), as part of the ICC's centenary celebrations.
Sachin Tendulkar reveals most memorable moment of career after ICC Hall of Fame honour
"It’s a huge honour for me, says the Indian batting maestro "
Highlights
Sachin Tendulkar along with Sir Donald Bradman
Cathryn Fitzpatrick.
Other Indians on the list are
32 likes | 0 comment
Like Comment Share