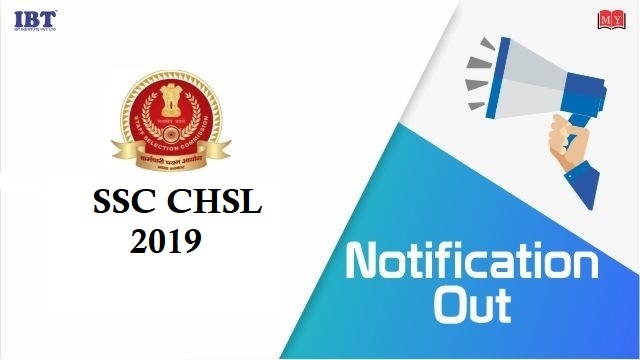 SSC CHSL 2019 notification has been released by Staff Selection Commission on December 3. The notification has been released for recruitment of candidates for the posts of LDC, JSA, PA, SA and DEO. In the notification, the commission will has released important details about the exam such as pay scales, eligibility, application process, selection process, exam centres, exam pattern and syllabus. SSC CHSL tier-I 2019 exam will be held from March 16-27, 2020.

As per the latest Official Calendar of SSC CHSL 2019, Tier-I will be conducted from  2020. The Tentative Schedule and exam dates for the SSC CHSL 2019 exam are as follows.

(i). Must have passed 12th Standard or equivalent examination from a recognized Board or University.

(ii). For Data Entry Operator in the Office of Comptroller and Auditor General of India (C&AG): 12th Standard pass in Science stream with Mathematics as a subject from a recognized Board or equivalent.