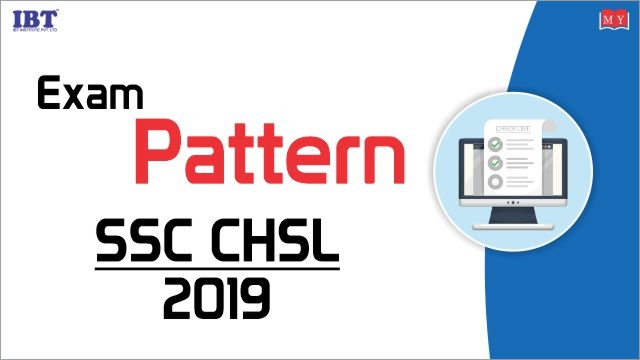 SSC (Staff Selection Commission) has announced the SSC CHSL 2019 notification. SSC CHSL conducts exam for the posts of Lower Divisional Clerk/ Junior Secretariat Assistant, Postal Assistant/ Sorting Assistant and Data Entry Operators for various Ministries/ Departments/ Offices of the Government of India.SSC CHSL Exam Pattern 2019-20 will help you in strategizing your preparations, scoring high marks necessary for the selection. Before giving a start to your preparations, check the SSC CHSL selection process, the scheme of marks, and exam pattern of Tier 1 & Tier 2.

The SSC CHSL Tier-I Online Examination is the first stage and consists of objective Type multiple-choice questions only. There are 4 sections namely General Intelligence, General Awareness, Quantitative Aptitude and English Language in the Tier 1 exam of SSC CHSL 2019. The subject-wise details are given below:

In SSC CHSL Tier 2 Exam 2019-20, candidates will be facing a descriptive exam designed to test the written skills of the candidates in English/Hindi. Candidates will be experimenting with their writing skills to score marks and find a place in the final merit. The Tier 2 would comprise writing of an Essay of 200-250 words and Letter/Application writing of approximately 150-200 words. The performance in Tier-2 would be included in preparing the final merit.