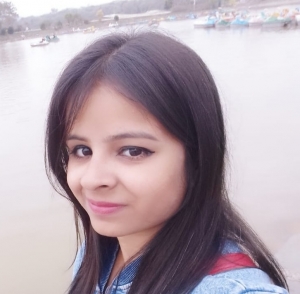 From a Santhal village in Odisha’s remote Mayurbhanj district, class 3 state government employee, to school teacher, to politician, to India’s first woman tribal governor, Droupadi Murmu’s rise has been close to meteoric. But on Tuesday, one day past her 64th birthday, Murmu’s ascent from relative obscurity received perhaps its crowning moment, when BJP President JP Nadda announced that Murmu was to be the NDA’s candidate for the post of president, which means, bar the most unforeseen of circumstances, Murmu is on the cusp of becoming the first tribal woman to be President of India.

Murmu was born in the Baldaposi village in the Kusumi block of Odisha’s Mayurbhanj, a district which has a 58 percent tribal population, the highest in Odisha. Her father, Biranchi Narayan Tudu was a farmer in the village. She completed her graduation from the Ramadevi Women’s University in Bhubaneswar with a Bachelor of Arts degree and in 1979, began work as a junior assistant in the state’s irrigation and power department. Post her marriage to Shyam Charan Murmu, a bank officer, Murmu quit the government job in 1983, to look after her three children, two sons and a daughter.

She then moved to the town of Rairangpur, and in 1994 became an assistant honourary teacher at the Shri Aurobindo Integral Education Centre. Three years later, a firebrand and passionate about politics, Murmu was prodded by her family to take the political plunge, contesting and winning the councilor election of the Rairangpur notified area council. With the post of the vice chairperson of the council reserved for tribals, Murmu became it’s VC. That same year she was declared vice-president of state ST Morcha of BJP.

In 2000, she contested her first assembly election from Rairangpur on a BJP ticket and was made minister with independent charge of transport and commerce, fisheries and animal husbandry. In 2004, she won again, this time in a cliffhanger, by a margin of 63 votes. In 2007, she was awarded the “Nilakantha Award” after being adjudged the best MLA in the Odisha assembly for the year 2007. Between 2002 and 2009, she was a member of national executive of ST Morcha of BJP.
In 2015 then, Murmu became the first tribal governor of the state of Jharkhand where she completed a full five year term. Murmu, who has also been closely connected to the Prajapita Brahmakumaris, has had to overcome personal tragedy, with her husband and two of her sons passing away. Her only daughter, Itishri Murmu, currently works at UCO Bank in Bhubaneswar.

Prakash Soren, BJP MLA from Mayurbhanj said that Murmu has always been aggressive about tribal rights, from the beginning of her career, to her tenure as Governor of Jharkhand. “Her candidature is perfect, and she has always raised issues of the people. During her governorship, she often summoned the DGP or other senior officials whenever there were reports of atrocities on tribals or women.” In 2016, Murmu announced that she would donate her eyes upon her death to the Kashyap Memorial Eye Hospital in Ranchi.
Murmu’s announcement set off a wave of congratulations from Odisha, led significantly by Chief Minister and BJD supremo Naveen Patnaik who tweeted, “Congratulations Smt Draupadi Murmu on being announced as candidate of NDA for the country’s highest office. I was delighted when Hon’ble PM Narendra Modi discussed this with me. It is indeed a proud moment for the people of Odisha. I am sure Smt Murmu will set a shining example for women empowerment in the country.”