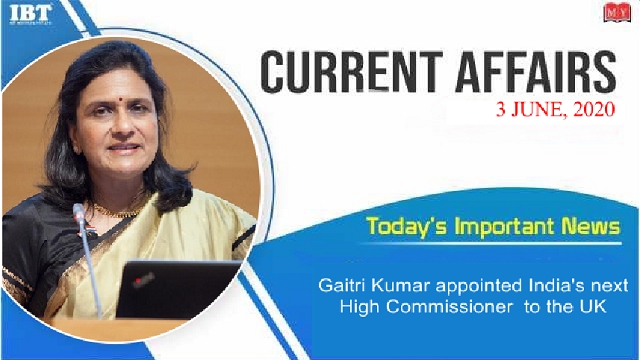 4. Ministry of I&B released “One Year of Modi 2.0 – Towards A Self-Reliant India” e-book

6. India to be re-elected as a non-permanent member of UNSC

8. Gaitri Kumar appointed India's next High Commissioner  to the UK

10. Report on restructuring of the film sector submitted to I&B minister