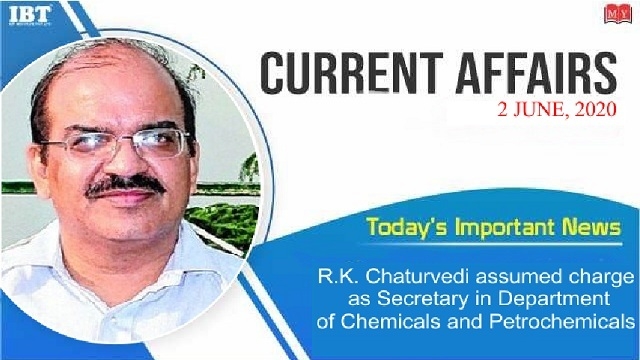 1. WHO launches ‘C-TAP’ for equitable access to life-saving tech

6. R.K. Chaturvedi assumed charge as Secretary in Department of Chemicals and Petrochemicals

Foot Notes: About Rajya Sabha
The Rajya Sabha is the upper house of the bicameral Parliament of India. It currently has a maximum membership of 245.
Out of which 233 are elected by the legislatures of the states and union territories using single transferable votes through Open Ballot while the President can appoint 12 members for their contributions to art, literature, science, and social services.