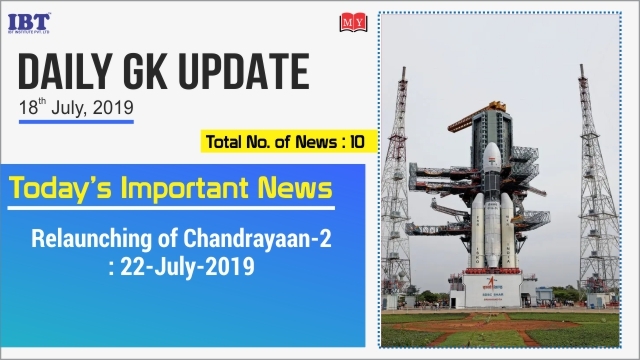 1.WHO declares Ebola outbreak in Congo a global health emergency

Foot Notes:
About WHO

5. Indian Space Research Organisation (ISRO) has given a new date for the re-launch of Chandrayaan 2.

7. “Find the Incredible You” campaign of the Tourism Ministry wins PATA Gold Award 2019

Aim: The campaign which focuses on digital and social media and the promotion of niche tourism products of the country won the award among 198 entries from 78 organizations and individuals worldwide.

As part of the 2.0 Campaign, 5 new television commercials were produced by Tourism Ministry, which was aired on the television and social media globally. These were: